New technologies and new applications continue to catalyze the high growth trend of data traffic, which is expected to drive the network equipment market to exceed expected growth.

With the growth of global data traffic, the number of Internet devices is also increasing rapidly. At the same time, various new technologies such as artificial intelligence and cloud computing continue to emerge, and applications such as AR, VR, and Internet of Vehicles continue to land, further driving global Internet data centers. Growing demand for construction Global data volume will increase from 70ZB in 2021 to 175ZB in 2025, with a compound annual growth rate of 25.74% Global network equipment market demand maintains stable development Benefiting from policies such as the 14th Five-Year Plan, China’s industrial digital transformation is expected to be steady It is expected that the total amount of data in China will develop rapidly at an average annual rate of about 30%. Along with the overall layout of the East and West projects, it is expected to drive the transformation, upgrading and expansion of data centers and network technologies, thereby further opening up new space for the ICT market. , China’s network equipment market is expected to maintain a high growth trend

The industrial chain has a high degree of concentration, the competition pattern is relatively stable, and the trend of strong players becoming stronger is expected to continue.

Due to the advantages of high performance and low cost, Ethernet switches have become one of the most widely used switches. Ethernet switches are widely used, and their functions are constantly optimized. Early Ethernet devices, such as hubs, are physical layer devices and cannot isolate the propagation of conflicts. , which limits the improvement of network performance. With the development of technology, switches have broken through the framework of bridging devices, and can not only complete Layer 2 forwarding, but also perform Layer 3 hardware forwarding based on IP addresses. Accompanying the acceleration of data traffic development and real-time services With the increase in demand, 100G ports can no longer meet the challenge of bandwidth, and switches are constantly expanding and upgrading. Migration from 100G to 400G is the best solution to inject more bandwidth into the data center. The key technologies represented by 400GE are continuously being deployed and increasing. The volume switch industry is located in the middle of the network equipment industry chain and has a strong relationship with the upstream and downstream industries. At present, the domestic substitution wave is constantly advancing, and domestic manufacturers have accumulated years of experience to gradually break the overseas monopoly. High content, industry concentration is expected to increase, and the trend of strong players is expected to continue. Overall, the explosive growth of traffic has prompted telecom operators, third-party IDC companies, cloud computing companies and other enterprise users to upgrade existing data centers or build new data Center, the demand for network infrastructure such as switches is expected to be further released. 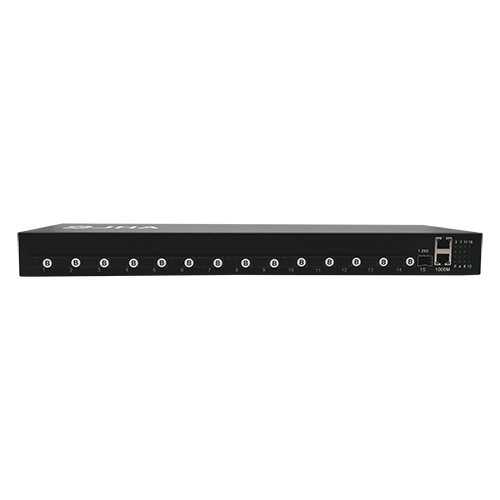