Industrial switches are specifically designed to meet the needs of flexible and changeable industrial applications and provide a cost-effective industrial Ethernet communication solution. Industrial switches, as our widely used LAN hardware devices, have always been familiar to everyone. Its popularity is actually due to the widespread use of Ethernet, as today’s mainstream Ethernet equipment, there will be such equipment in almost all local area networks.

Industrial switches are switches based on Ethernet to transmit data, and Ethernet uses a local area network that shares a bus-type transmission medium. The structure of the Ethernet switch is that each port is directly connected to the host, and generally works in full-duplex mode. The switch can connect to many pairs of ports at the same time, so that each pair of hosts that communicate with each other can transmit data without conflict as if it were an exclusive communication medium. Looking at the following topology, you will find that in the case of using a star topology, there will inevitably be a switch in the Ethernet, because all the hosts are connected to the industrial switch using cables to connect to each other.

In fact, in the earliest star topology, the standard cable centralized connection device is a “HUB (hub)”, but hubs have problems such as shared bandwidth, conflicts between ports, because everyone knows that the standard Ethernet is a “hub”. Conflict network” means that in a so-called “conflict domain”, at most two nodes can communicate with each other. Moreover, although the hub has many ports, its internal structure is completely the so-called “bus structure” of Ethernet, which means that there is only one “line” inside for communication. If you use a hub device, for example, if the nodes between ports 1 and 2 are communicating, the other ports need to wait. The directly caused phenomenon is, for example, it takes 10 minutes to transmit data between the nodes connected to ports 1 and 2, and the nodes where ports 3 and 4 are located at the same time also begin to transmit data through this hub, conflicts with each other, causing what everyone needs The time will become longer, and it may take up to 20 minutes to complete the transmission. That is to say, the more ports on the hub that communicate with each other, the more serious the conflict, and the longer it takes to transmit data.

The switching technology is a switching product with the characteristics of simplicity, low price, high performance and high port density, which embodies the complex switching technology of bridging technology in the second layer of the OSI reference model. Like the bridge, the switch makes a relatively simple decision to forward the information according to the MAC address in each packet. And this forwarding decision generally does not consider other deeper information hidden in the packet. The difference with bridges is that the switch forwarding delay is very small, close to the performance of a single LAN, and far exceeds the forwarding performance between ordinary bridged interconnection networks.

Switching technology allows bandwidth adjustments for shared and dedicated LAN segments to alleviate bottlenecks in the flow of information between LANs. There are switching products of Ethernet, Fast Ethernet, FDDI and ATM technology.

The use of specially designed integrated circuits enables the switch to forward information in parallel at all ports at the line rate, providing much higher performance than traditional bridges. The application-specific integrated circuit technology enables the switch to operate with the above-mentioned performance in the case of more ports, and its port cost is lower than that of a traditional bridge. 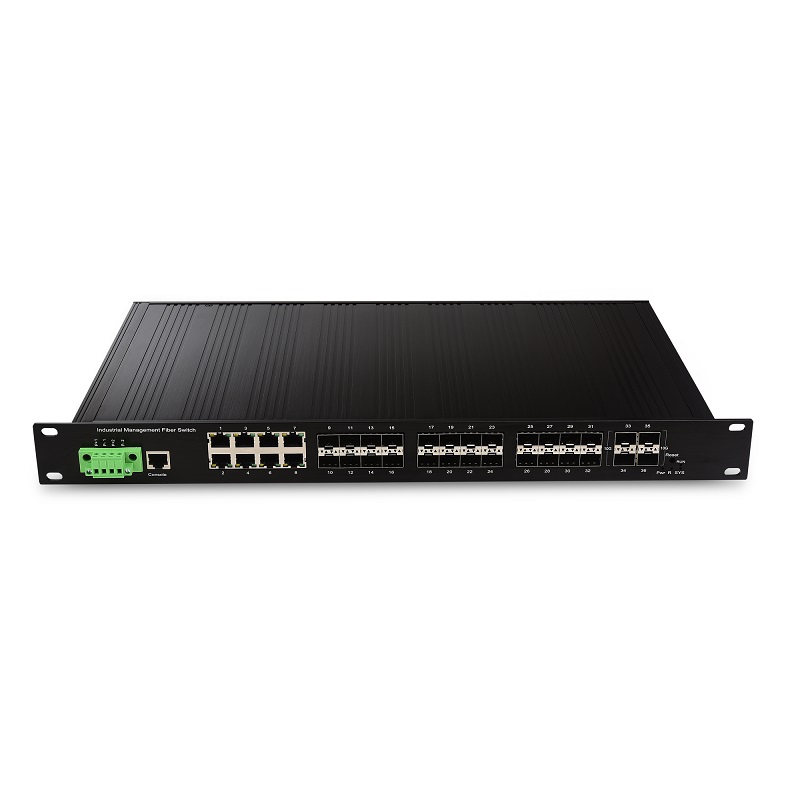